1. the output volume of the hydraulic pump can not reach the predetermined value or the oil can not be exported. 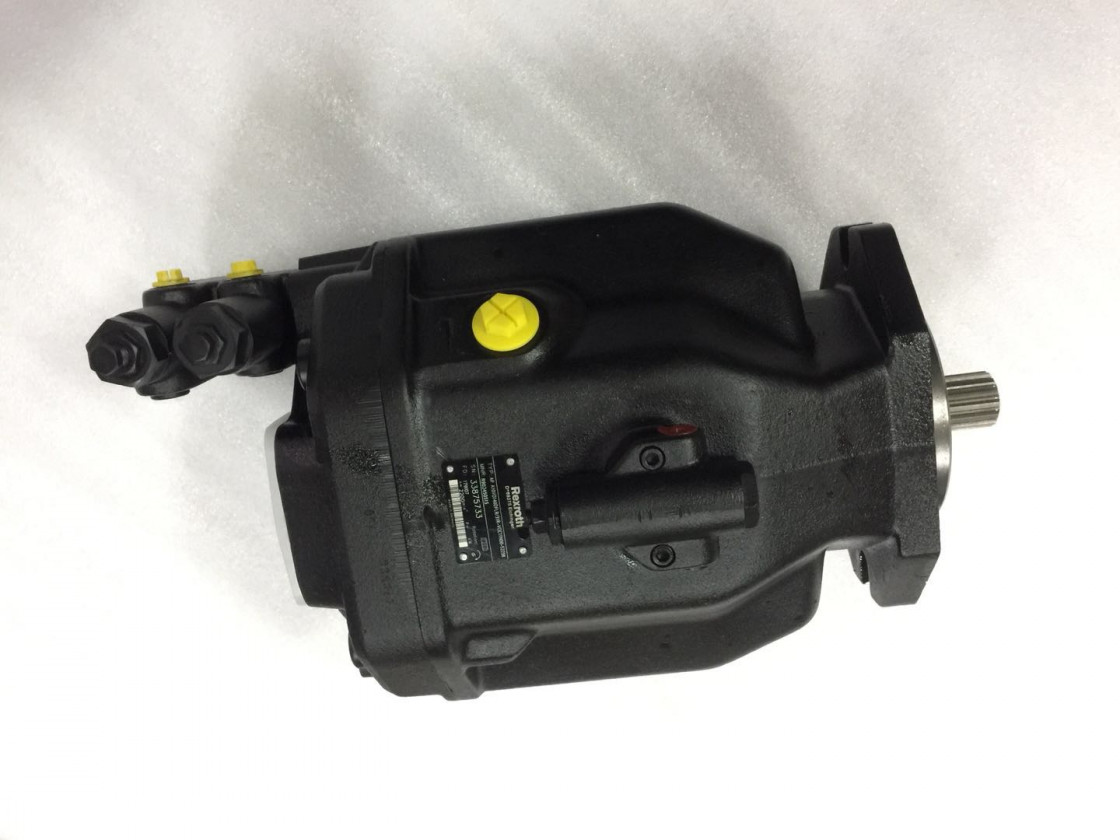 (1) inhalation is not up to the expected value. That is insufficient inhalation. The main reasons are: excessive resistance in the oil suction pipeline, or insufficient oil supplement. This phenomenon is usually caused by the pump speed is too fast, the oil level in the tank is lower than the lower limit value, the oil intake pipe leaks, the filter is blocked by foreign bodies (such as cotton yarn, iron filings), and so on. (2) leakage medium is too large. This phenomenon is mostly due to the larger clearance value of the pump and the poor sealing effect. (3) the inclination of the tilt plate is too small. At this time, the displacement of the pump will become smaller. For this phenomenon, the variable piston should be adjusted reasonably, and the displacement can be increased by increasing the inclination angle of the inclined plate.

2. The median of the axial piston pump with zero displacement at the median time refers to the zero inclination of the swashplate. 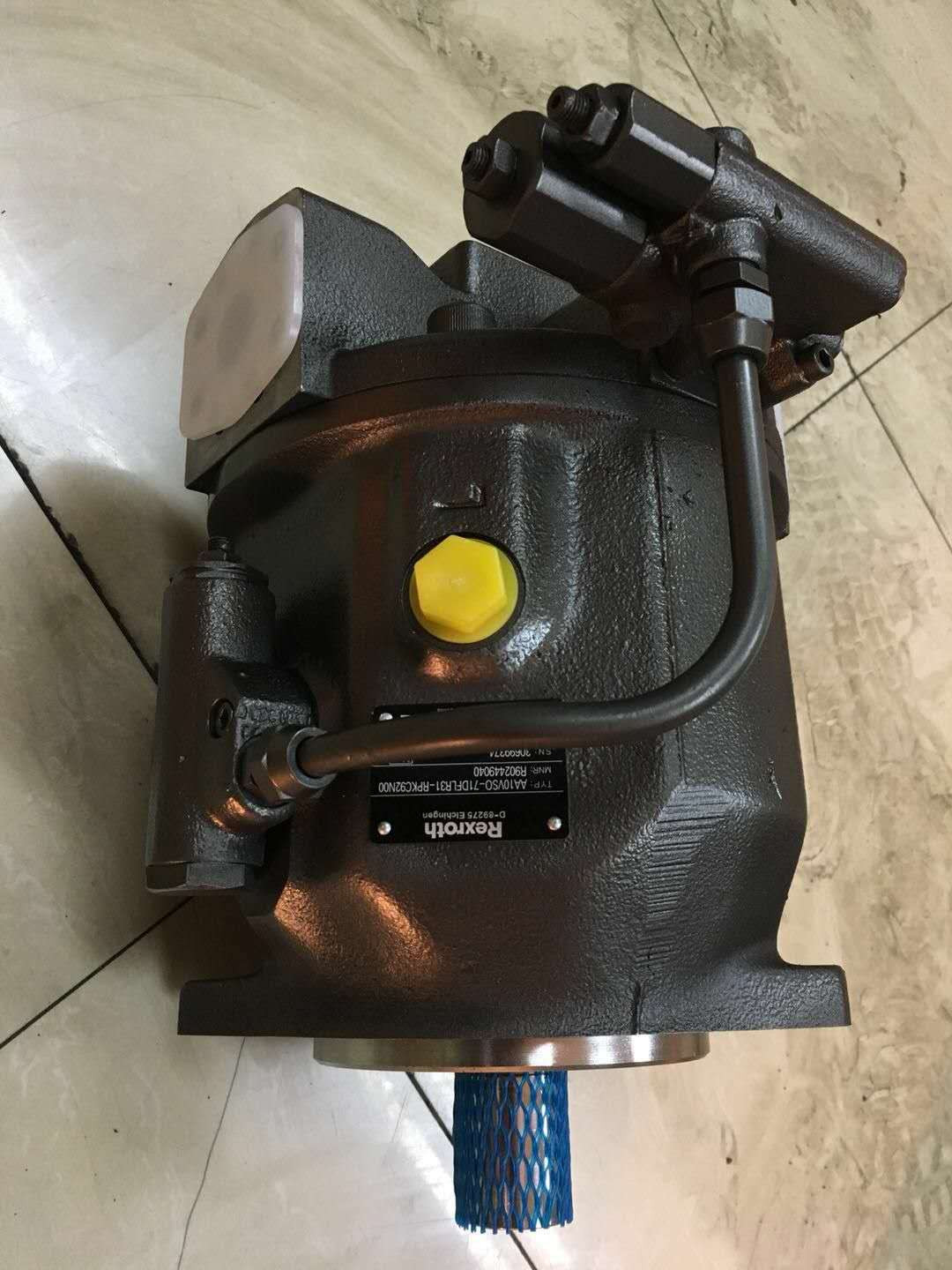 At this time, the pump should output zero flow. But in practical work, we sometimes find that there is a phenomenon that the median deviates from the midpoint of the adjusting mechanism, that is, there is a certain flow output at the midpoint. Analysis of its causes mainly includes the following possibilities. One is the deviation of the controller's position; the two is the loosening or damage of the controller. For the second phenomenon, it is necessary to reset zero, or to tighten or replace the operation. In addition, in order to achieve the pump angle force can not reach the desired value, or in the tilt angle of the trunnion, wear to a certain amount, the same may occur when the representative phenomenon. 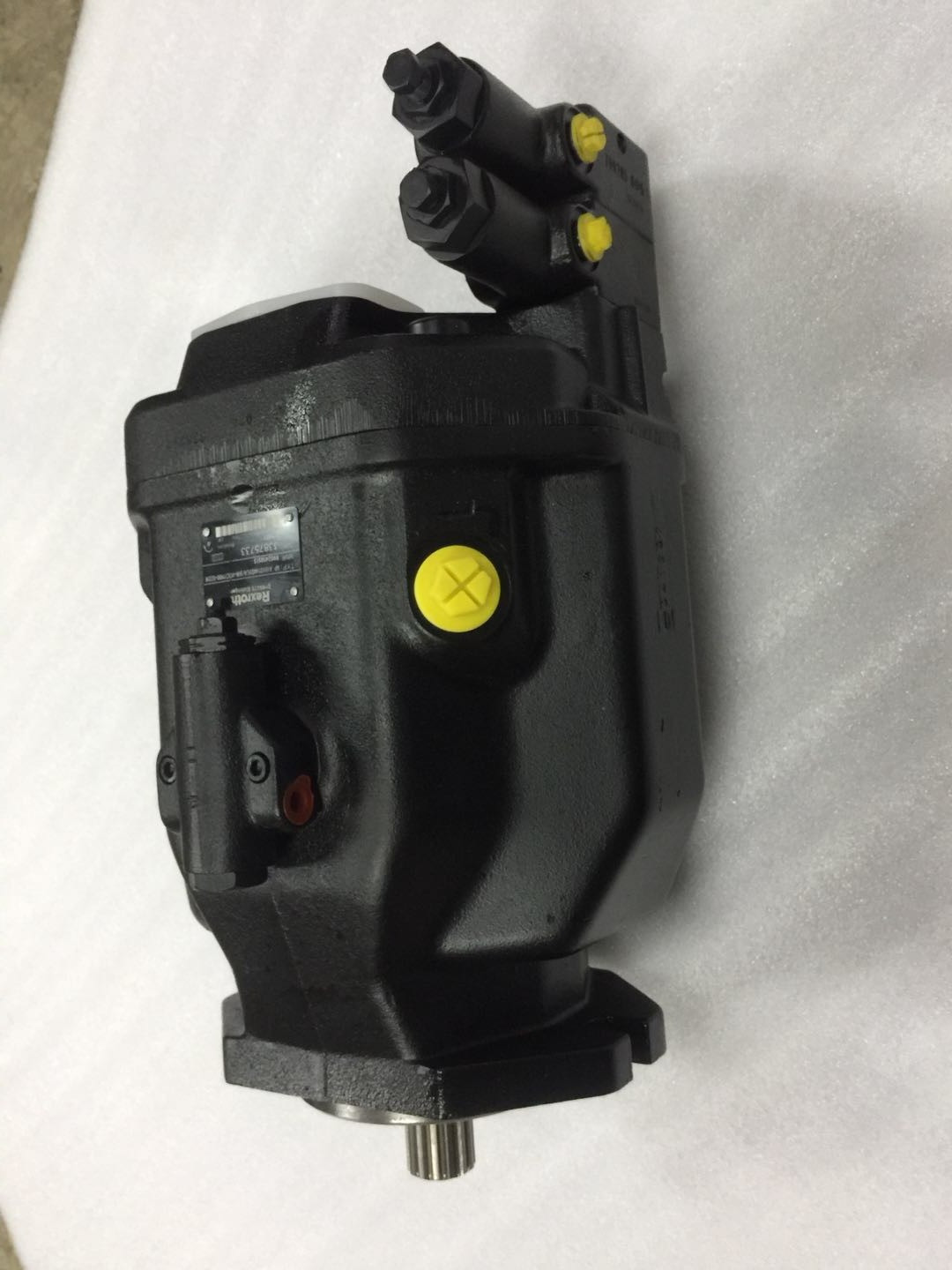 For plunger pumps, the most important part is bearings. In the case of bearing clearance, it is difficult to ensure that the clearance between three pairs of friction pairs of key components in the hydraulic pump maintains normal value. There is a certain hydrostatic pressure between the friction pairs. The hydrostatic pressure provides support for supporting oil film thickness. If the clearance occurs, the thickness of the supporting oil film will be lowered, and the bearing life of the plunger pump will be affected. According to the data of the hydraulic pump factory, the average life of the bearing is 10,000 hours under normal conditions, and new parts should be replaced when exceeding this value. For the removed bearings, if there is no professional testing equipment, it is impossible to determine the clearance. If visual inspection is used, scratches or discoloration on the surface of the roller are generally used as the replacement criteria. When updating bearings, the original type, original manufacturer and original capacity should be considered. If the bearing must be replaced by another brand, the accuracy of the original bearing must be maintained and the original load capacity must be guaranteed. There are many factors influencing the service life of plunger pump, including the quality of maintenance in peacetime, the quantity and quality of hydraulic oil, and the cleanliness of oil. Therefore, in order to maintain the cleanliness of the oil, avoid its mixing with foreign bodies, prevent some particles in the oil from producing abrasion pairs on the key components of the plunger pump, this is also a very important and effective way to prolong the life of the plunger pump.

5. the output pressure failed to reach the normal value. 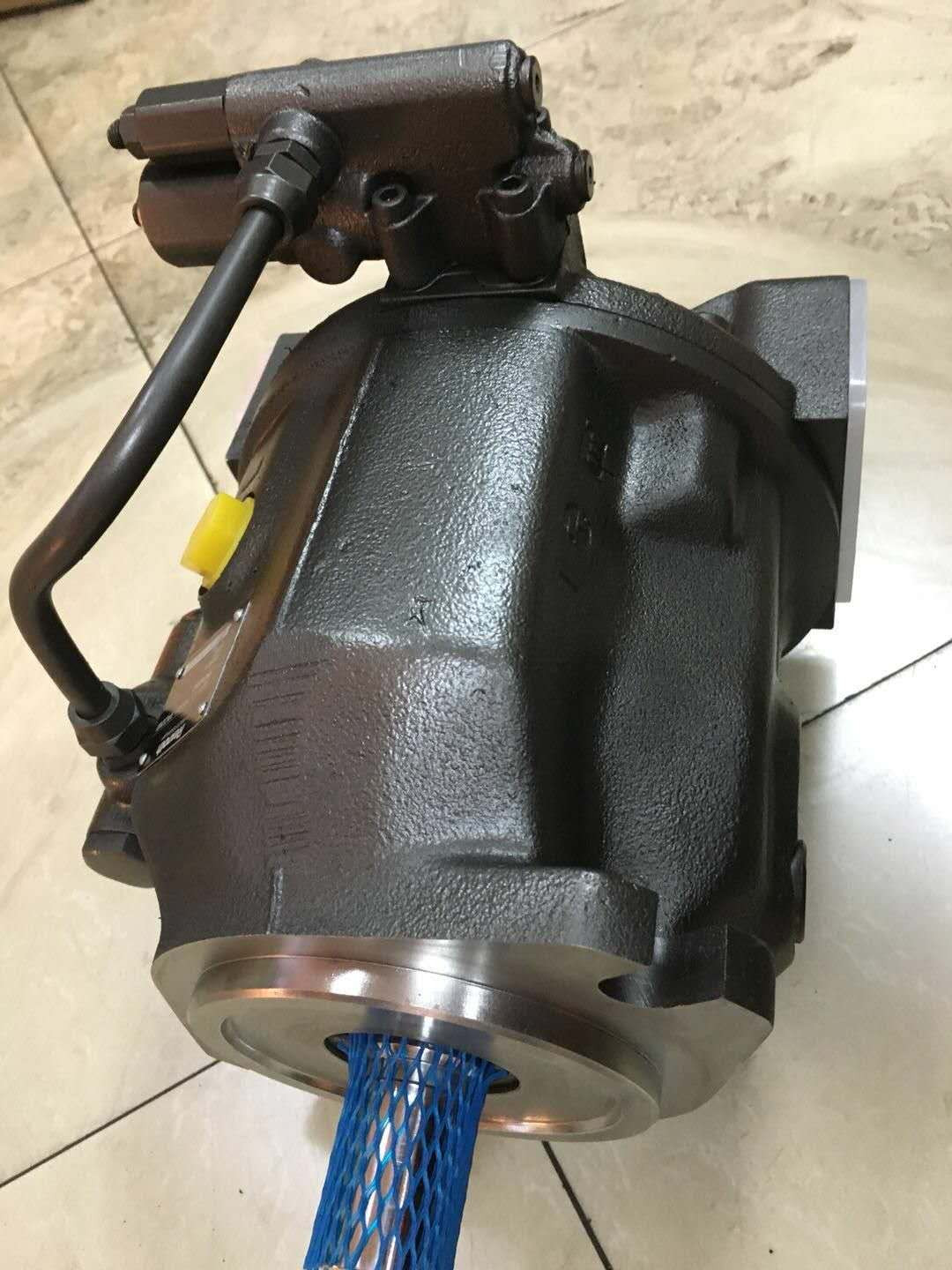 Department. (1) the output pressure is too low. When the pump is in the "self-priming" state, if there is leakage in the intake pipeline, or in the system, its hydraulic cylinder, one-way valve and reversing valve will cause a lot of leakage, which will lead to pressure relief, so that the pressure can not continue to rise. For this kind of fault phenomenon, we should adopt various ways in time to find out where the leakage occurs, mainly take the fastening method to eliminate the leakage, or replace the seals in time, in order to achieve the purpose of increasing pressure. When the relief valve fails or the adjustment pressure is low, the pressure of the system can not be guaranteed to reach the required value. At this point, the pressure should be readjusted or the relief valve should be repaired in time. In the presence of hydraulic pump cylinder and valve plate between the emergence of

When leakage occurs in large quantities due to large deviations, it is necessary to take into account that it may cause cylinder block rupture. At this time, grinding method should be adopted to deal with the mating surface in time, or the failure can be completely solved by replacing the hydraulic pump.

(2) output pressure is too high. When the loop load presents a continuous rising state, the pump pressure will also continue to rise synchronously, which is a normal phenomenon. However, when it has been determined that the load is a certain situation, and the pressure of the pump has exceeded the required pressure value of the load, we should focus on checking the various hydraulic components besides the pump. The following are mainly: 1. Directional valve; 2. Pressure valve; 3. Transmission device; 4. Return to oil pipeline. If the maximum pressure is too high, the cause of the overflow valve should be determined and adjusted.

These two phenomena not only cause harm to operators, but also cause environmental pollution. (1) mechanical vibration and noise. For the synchronous failure of vibration and noise, the main possible reasons include: (1) the pump shaft and motor shaft are not concentric; (2) the pump shaft and motor shaft are dead; (3) the rotating shaft is damaged (mainly its bearings and coupling); and (4) the elastic cushion is damaged, and assembly bolts are loosened. In order to prevent this fault, regular inspection and regular maintenance should be the focus of work. For those pumps with higher rotational speed and those with higher power, these work is more important and need to be paid attention to. During the inspection, we should pay attention to making records, so as to facilitate analysis and eliminate failures. The main data include: amplitude, vibration frequency and noise value of each component. If the pump frequency is equal to the natural frequency of the pressure valve, it will produce resonance. This phenomenon can be solved by adjusting the speed of the pump. (2) fluid flow noise occurs in pipes. This phenomenon is mostly due to too thin oil inlet pipes. This noise may also occur if the flow capacity of the oil filter is seriously insufficient or blocked. In addition, the causes may be as follows: (1) air inhalation in the intake pipe; (2) oil level is too high and too low; (3) liquid hammer in the high-pressure pipeline. To solve this problem, it is necessary to design the fuel tank correctly and reasonably to ensure the correct selection of the oil filter, tubing and directional valve.

There are 3 reasons for the excessive heating of hydraulic pumps. First, mechanical friction generates heat. That is, due to friction between moving parts. The two is liquid friction heating. Mainly due to high pressure oil due to leakage caused by pressure loss. Therefore, the clearance of moving parts, tank volume and cooler should be correctly selected to solve this problem. Thirdly, the backpressure of oil is too high due to the blockage of oil return filter, and the temperature of oil is raised and the pump body is overheated.

The main reasons for oil leakage of plunger pump include the following: first, the main shaft oil seal is damaged or there are certain defects or scratches in the shaft; second, a large number of internal leakage.